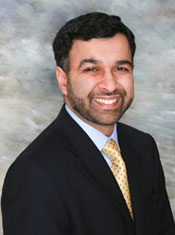 In the world of medicine, there are many diseases that are linked with certain diets, but few have such a clear direct relationship as celiac disease and the gluten diet. In essence, the disease is caused by ingesting gluten, a protein found in wheat, rye and barley. The small intestine, which is the organ in the digestive system primarily responsible for absorbing nutrients and fluids, becomes inflamed and damaged in the presence of gluten. Usually because of some genetic predisposition, the immune system in people with celiac disease reacts abnormally to gluten leading it to damage the intestinal villi, the fingerlike projections in the small intestine that are primarily responsible for absorption.

Celiac disease is becoming more common in the United States, either because of increased awareness and detection or its prevalence is on the rise. It is estimated that over 2 million people, or about 1 in 133 in the U.S. has this disease. It is even more common in those whose relatives have the disease, given its genetic link. The disease is more prevalent in women than men and can affect both adults and children. It is seen more commonly with other autoimmune diseases, such as type 1 diabetes mellitus, autoimmune thyroid disease, and rheumatoid arthritis.

The disease can have a very varied presentation, though the majority of symptoms involve the digestive system. In adults, diarrhea is the most common symptom though it is the presenting complaint to the doctor’s office in less than 50% of the patients with the disease. Other symptoms include abdominal pain, bloating, nausea, constipation. Many of these symptoms overlap with irritable bowel syndrome. In fact, up to 4% patients diagnosed with irritable bowel syndrome have celiac disease. While it is important to recognize the abdominal complaints, patients and physicians need to be aware that celiac disease can present without any overt digestive symptoms. For example, patients with the disease can have anemia or early onset osteoporosis without having any abdominal symptoms. It is not uncommon to find some patients seeing many different practitioners before being diagnosed with the disease.

When a patient is suspected of having the disease, the diagnosis can be established by a combination of blood testing and biopsy samples of the small intestine. While the blood testing is specialized and not part of routine lab testing ordered during a routine physical, it can now be run at nearly all major medical laboratories, such as Quest and Labcorp. The biopsy sample is obtained through an upper endoscopy, a simple procedure performed by a gastroenterologist who inserts a thin flexible tube with a camera down a patient’s throat while he or she is asleep.

The treatment is simple – avoid any foods containing gluten. While this sounds simple, in practice it is much more difficult. Simply avoiding cereals and bread is not sufficient as gluten can be found in many other foods and additives. Gluten use is so prevalent in consumer goods that it can be found packaged in tablets and lip balm. People diagnosed with celiac disease are strongly recommended to consult with a nutritionist experienced in gluten free diets. Sticking to a gluten free diet requires a change in one’s eating lifestyle and food shopping habits. Patients need to be vigilant in reading all labels on groceries and reviewing items on a restaurant menu. Ingesting even a small amount of gluten can aggravate the disease.

Once patients are adhering to the diet completely, the disease completely clears in the vast majority of cases. Patients often notice a dramatic improvement in their symptoms within weeks and the small intestine heals to the point that repeat biopsy samples and blood testing return to normal. Because of this fact, patients who feel they might have celiac disease are urged to first get tested to confirm the diagnosis before they attempt to go on a gluten free diet. It is very difficult to test patients for celiac disease when they are already on the diet. Patients with the disease have to be on the gluten free diet for the rest of their lives. At this time, there is no viable treatment alternative to the diet. There are many resources to learn more about the disease on the internet, at the library or local bookstore. Yet it is vital patients consult with their physician or a gastrointestinal specialist if they are concerned about having the disease and wish to be tested.