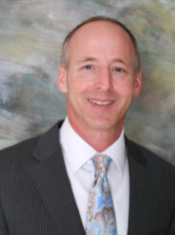 Irritable Bowel? Or Not.

Written by Dr. Steven A. Gorcey

Abdominal cramps, frequent loose bowel movements, gas, and bloating; sounds like Irritable Bowel Syndrome (IBS). Think again. Most patients with the above symptoms, who are diagnosed with IBS, actually have other reasons for their symptoms. Interested? Keep reading.

IBS is our favorite diagnosis when we don’t know what’s wrong. In true IBS there are alterations in the nervous system of the intestines. A neurotransmitter called serotonin which helps regulate the bowel can be out of kilter, causing real symptoms. There have been a few serotonin specific drugs over the years to treat IBS, but most have been taken off the market because of side effects. Before we continue though, it’s important to make the distinction between IBS-C (constipation predominant) and IBS-D (diarrhea predominant). In this article I will be focusing on IBS-D, as this is the subgroup that is missed diagnosed most often. As one would expect, IBS-D patients present with frequent loose bowel movements, often times accompanied by cramping, gas, and bloating. IBS is what we call a diagnosis of exclusion, which means that we have excluded “real” or “organic” diseases such as infection, Inflammatory Bowel Disease (IBD) such as ulcerative colitis and Crohn’s disease, Celiac disease and so on. Usually a typical patient will undergo extensive testing such as endoscopy, colonoscopy, cat scans and blood work, all of which come back normal. At that point the doctor usually throws up his hands and says, it must be IBS, and proceeds to prescribe what I refer to as “band-aids”. Medicines like Lomotil and Immodium which paralyze the gut, or Bentyl and Donnatol, which just slow the gut down a little. If that doesn’t work, anti depressants and anti-anxiety medications are the next stops. Patients are told they have to live with the symptoms but are assured nothing really bad, like cancer will happen. They are treated for their symptoms and are told you don’t have to be symptom free to be healthy. The problem lies in the fact that the diagnosis of IBS is made way too often, usually because of a lack of understanding of how intestinal gas is really formed, Many patients go through much of their life thinking they have IBS, and are treated with Band-Aids for their gas, cramping, and loose frequent bowel movements, when in fact they have a curable problem. But do we really need to go down this road? The answer is a resounding NO!

Let’s start with gas, and I am not referring to eructation (belching). The production of intestinal gas can lead to not only embarrassing moments in the elevator, but to abdominal pain when it is trapped and loose bowel movement as well. Intestinal gas is formed when undigested sugars come in contact with the bacteria that naturally inhabit the colon (colonic flora or biome), leading to the process of fermentation. The fermentation process creates gas ( hydrogen, carbon dioxide and methane), and the undigested sugars draw water into the colon, the same way as osmotic laxatives. You may ask yourselves, why did it start all of a sudden? I never had these symptoms before! A simple analogy to explain this is a machine. When a machine, such as an automobile comes off the assembly line, the efficiency is 100%. After 10 years, the gas mileage suffers, and the steering and brakes become sluggish. In the same way, when we were younger, our intestinal machine was more efficient. We processed all the sugars we ate. As we aged, some of the sugars slipped away from the intestine and found themselves in the colon. At the same time, the friendly bacteria that lived in our colon became less friendly. Evil gas producing strains replaces the more benign ones, and voila; massive fermentation occurs, which produces gas, bloating and diarrhea. Why does this happen?

It is now well accepted that the correct balance of different bacteria that composes intestinal biome or flora is essential for the normal function of our GI tract. A multitude of scientific articles attest to the fact that changes in our flora can either positively or negatively affect our gut. Many things can affect this quite delicate balance. The most common offending agents are antibiotics, which selectively kill off certain bacteria while sparing others (dysbiosis). Some antibiotics such as Clindamicin, are notorious for this, often resulting in a very virulent bacteria taking over called Clostridium Difficile, which can in the most severe of cases lead to death. Fortunately for us, most antibiotics cause a more subtle form of imbalance resulting in symptoms that mimic those of IBS. Other causes of dysbiosis are viral and bacterial intestinal infections, which often times not only alter bacteria, but also affect the guts motility (motor function) and ability to digest and absorb many types of sugars. Often times, the affect can be prolonged for months after the actual infection. This is termed “post infectious Irritable Bowel”, and believe it or not, most doctors treat it exactly the same as irritable bowel syndrome, with Band-Aids that only serve to prolong the symptoms indefinitely. Finally, previous intestinal surgery, diabetes and other conditions can lead to bacterial overgrowth, where the colonic bacteria spread into the small bowel. This is a more serious condition than dysbiosis, and often times require antibiotics to fix the problem.

As alluded to earlier, the other key factor in gas production is the mal digestion of carbohydrates (Sugars). In the simplest terms, carbohydrates are units of carbon, hydrogen and oxygen called saccharides. Simple sugars, or monosaccharides, such as glucose (simple table sugar) and galactose are comprised of single units.

These are readily absorbed into the intestinal wall without any digestion (breaking down of food). Lactose, the main sugar of milk products, is a disaccharide, and is composed of 2 units that are attached together by a chemical bond. This bond must be broken by an enzyme called disaccharidase, which is found on the wall of the gut (on the brush border). In patients with lactose intolerance, this enzyme is missing, the bond can’t be broken, and therefore the sugar can’t be absorbed. The lactose reaches the colon where bacteria ferment it, and Voila; Gas, Bloating, Cramping and Diarrhea. More complex carbohydrates, made of many saccaride units, called oligo or polysaccharides, such as starches, cellulose, raffinose, and sorbitol, are even harder to digest and absorb, and can cause gas in anyone. Many Diabetic candies, artificial sweeteners and syrup medications contain non absorbable sugars. Another non-absorbable sugar called lactulose is actually used to induce diarrhea in certain medical conditions. Rarely, a patient will have intolerance to fructose, a sugar found in most fruits.

So, how do we fix the problem? My approach is two pronged: Reduce the food that the bacteria ferment, and alter the bacterial colonies with bacteria that produce less gas.

To achieve the first goal, a “gas prevention diet” coupled with digestive enzymes does the trick. Recent literature shows that use of a FODMAP diet (avoidance of fermentable Oligo, Di, Mono saccharides and poly-ols) significantly reduced symptom scores in patients with “IBS”. A good rule of thumb is the symptoms are generally due to what we ate two meals prior. One may argue, “But I have to have a bowel movement right after I eat!” When food enters the stomach, the stomach communicates with the colon telling it to empty and make room for more. This is termed the “gastro-colic reflex” and is the reason we walk our dogs right after we feed them. The loose bowel movement was already in the colon, and the food entering the stomach was the release trigger.

Dysbiosis is a little more complicated, and our understanding of the effects of specific bacteria on the GI tract is still in its infantile state. In the future look forward to specific bacteria for specific disease states. At the present time, there is a multitude of bacterial probiotics on the market to choose from. In addition, there are yeast based probiotics such as saccharomyces boulardii, which help the good bacteria flourish. When all else fails, certain newer antibiotics are now available which can help readjust the bacterial flora. In cases of bacterial overgrowth, longer courses of antibiotics may be necessary.

The bottom line is, don’t settle for the diagnosis of Irritable bowel. There is no replacement for experience; I have been treating IBS naturally with diet and probiotics/antibiotics for the past 12 years with great success. Recent literature has confirmed what I knew was already working, calling it a “novel approach” to IBS. I just laughed.